A Fun Way to Teach Locard’s Exchange Principle in Forensics

In the words of the infamous father of forensics, Edmond Locard, “Every contact leaves a trace.” Locard’s Exchange Principle is the cornerstone on which I build my Introduction to Forensics unit. Over the years, it has become one of my favorite topics to teach in the first few weeks of the course. Today, on the blog, I am sharing A Fun Way to Teach Locard’s Exchange Principle in Forensics.

To introduce Dr. Edmond Locard, I like to use this video clip from The Smithsonian Channel. Afterwards, we have a small discussion about who Edmond Locard was and how his contribution to forensics earned him the title “the father of forensics.” Once we’ve spent some time discussing Locard’s Exchange Principle, we talk through some examples of how evidence can be transferred.

To prepare for this activity, I rounded up a few old socks from my yard sale stash. I took them out to my school’s parking lot and rubbed them into the ground, picking up rock/dirt/grass debris. I packaged one bag of “sock” evidence for each lab group (I have 7 lab groups). Each group is given the sock evidence as well as an activity sheet.

For my block class, this activity can be done in one class period. However, for my 55 minute, year-long course, I had to designate two days of class time. On the first day, the students received preliminary information about their case and packed a “crime scene kit” to carry with them as they collected comparative evidence from 7 locations within our school.

Here are some items that students packed in their kit:

Once students had their crime kits packed, they visited 7 locations on our school campus that were designated as possible primary crime scenes. They used adhesive tape to collect comparative evidence, ensuring that they were packaging and securing evidence according to chain of custody procedures.

After collecting evidence from the 7 possible crime scenes, students returned to the classroom to compare Hester Higginbotham’s sock evidence to their comparative evidence. Before comparing evidence, students had to call me over for a quick check of their work. I checked to ensure that evidence was packaged correctly and that the chain of custody logs were completed. Once they determined what they believed to be the primary crime scene, students completed a few analysis questions on their student answer document.

This activity is not only engaging, but it provides students with a visual representation of how Locard’s Exchange Principle is applied in the field of Forensics. Your students will be talking about this lab long after it’s over. To grab the printables and student lab sheet for this activity, click HERE. 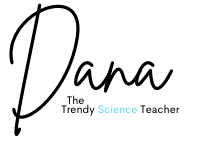 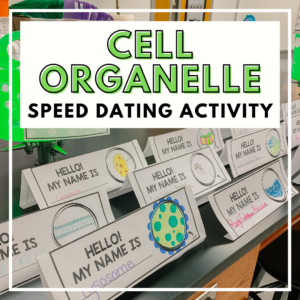 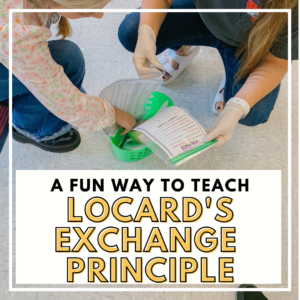 A Fun Way to Teach Locard’s Exchange Principle in Forensics 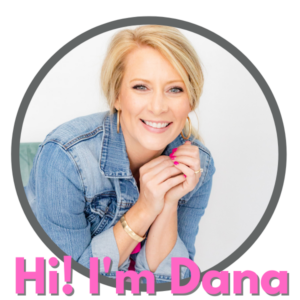 Through my blog, teaching resources, and professional development I’ve been able to serve thousands of science teachers worldwide with my programs and curricula.
I pride myself on being able to deliver ready-to-implement, comprehensive science resources that make your life easier by saving you time and valuable energy.
Learn More

Find What You Need

Using 🫧 bubbles 🫧 to teach about the cell me

My latest blog post drips all the details on how I

Today was the BEST day so far this school year! I

You’ve got to try this review game! It’s serio

Last week, my Forensics students researched the In

I’m used to setting up crime scenes for my foren 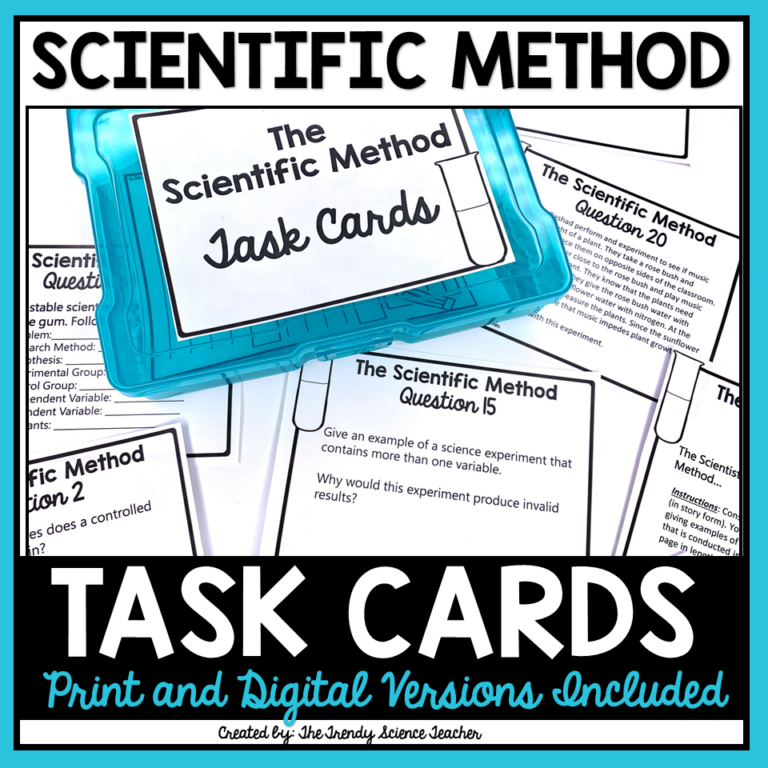 Join The Trendy Science Teacher team to get these FREE Differentiated Scientific Method Task Cards in both print and digital versions!